Change is one of the constant experiences we all will face during our lives, and change has come to an all women’ s bridge group which started around 60 years ago, The Wednesday Night group has been in existence for more than 60 years. Back then, many African American families were able to provide for their families where mothers and wives were able to stay home, raising their children and care for other family members. So too was the situation that enabled this group to begin and remain intact even today. Many wonderful members have passed away and others took their place, but they are never forgotten. That’s the beauty of memories, our bridge members that have gone home to be with the Lord, are never very far away. We remember often members who played a hand so well we couldn’t believe it, always served sumptuous food for our dinner and others made everyone laugh so hard they had to hold their stomachs.

Within the last several years, two men have added a wonderful addition to the vitality of our bridge group. John Frye and Don Washington are gifted players, and many of us want to beat them at their game of bridge! Lorraine Morton, former Mayor and Educator said about the group, “I thoroughly enjoy the group and its challenges. I get a kick out of the fact there are two men in the group- both excellent players. I enjoy more when I win a prize and they don’t.”

Our Wednesday Night Bridge Group meets every first and third Wednesday, and to make the night more interesting we give out three cash prizes. We won’t get rich on the amount but it adds spice to the process of playing five rounds of bridge and receiving bragging rights of winning at the end of the evening.

Cathy Boatright, retired Math Teacher, says about the group, “The joy of having friendships with several ladies and now gentlemen who enjoy playing bridge is wonderful. I enjoy talking about current events on a national level and events that affect the City of Evanston is most simulating.”

Hearing from one of the newest members of the group Don Washington, retired law enforcement officer says, “The group is stimulating, interesting, entertaining and keeps me young and happy.” The other man to join the group John Fyre, retired postal employee and business owner says, “I look forward to the first and third Wednesdays of each month.”

Some of the other members shared their thoughts about the bridge group including Terriann Langston, retired government employee, “I have such fun!” Nellie Nichols, retired from the medical field says, “Our friendships remain stronger through the years, we are all neighbors at one time or another of the City of Evanston which makes it special. I’ve been in the group 51 years.” One of the longest members in the group is Grace Pickens, retired care taker, ” I came here in 1955 and I joined the bridge group while visiting at Sam Mckinley’s house, even though at the time, I didn’t know how to play. There never was a discussion on asking men to join and I was there because initially it was something to do. I like to play. . .I enjoy winning. . .when I make a slam (taking all the books except one is called a little slam, taking all the books is called a grand slam and is a real feat) I get such a thrill and I get up from my chair and yell! it’s a lovely group. . .having men in the group is about the same for me, I always want to beat them!”

The longest serving member of the group is Edna Barber, a retiree in the medical field and a thoughtful bridge play. Edna always seems to have the card you’d rather her not have because it causes you to miss your bid!

At times, I had been substituting in the group when others couldn’t attend. After some of the members passed away, I was asked along with another person to join the group. It’s been a wonderful experience and I look forward to the friendship, compassion and camaraderie from a fantastic group of people.

I started learning how to play bridge in my late 20s. Back then there were quite a few bridge groups around so I had the opportunity to play with some of the best players around such as the late (all late) Dr. Florence Winfield, Gillie Frye, Louise Dye, Camilla Harris, Celestine Washington, Ernestine Guillebeaux, Honorable Mayme Spencer and more. Bridge was a popular past time then and was enjoyed by many, not so much today, though there are opportunities to play bridge at the Levy Center.

In Memory of Lorraine H. Morton 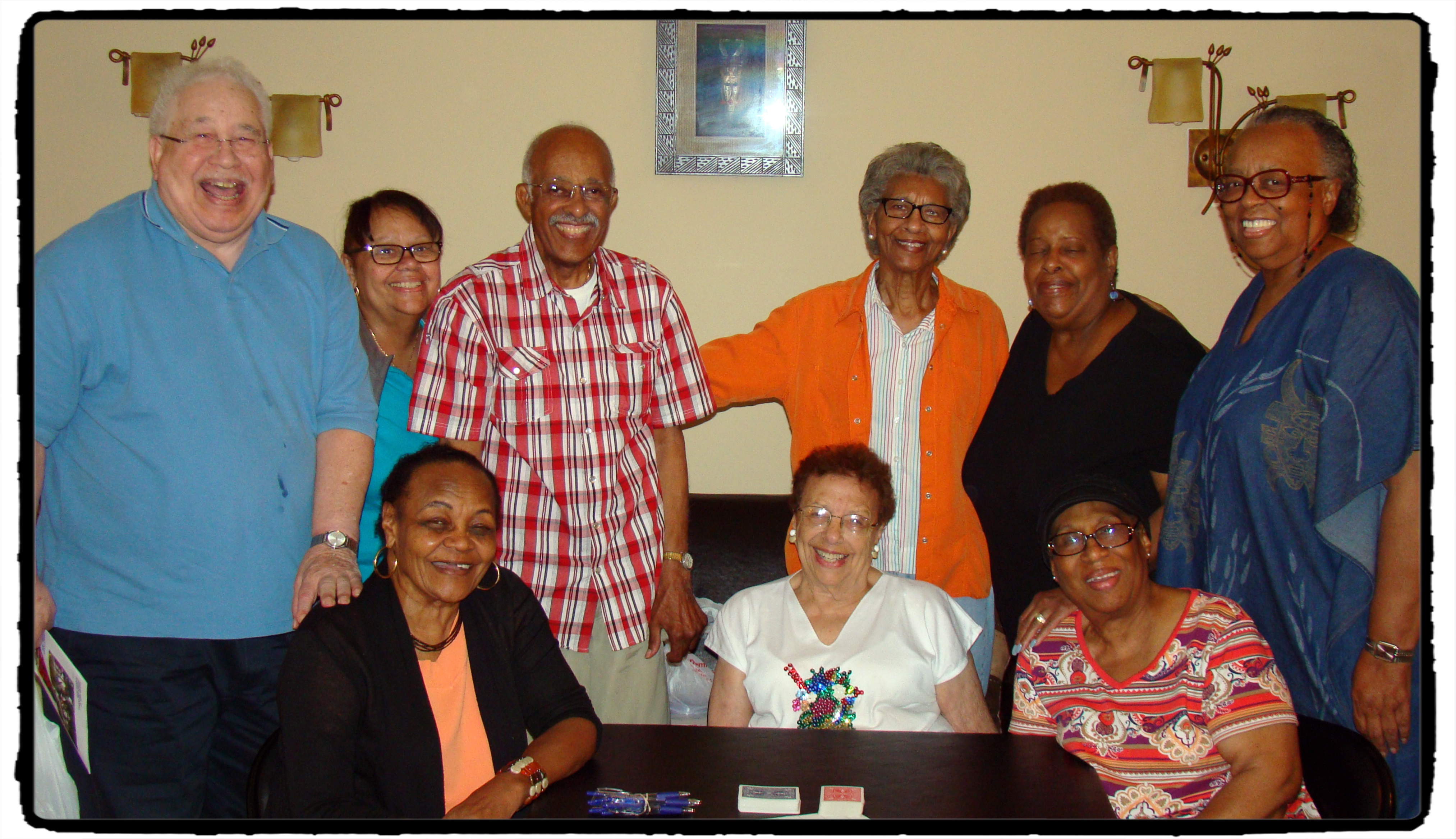 Since 1958, the Wednesday Night Bridge Group has gathered together for an evening of fun and camaraderie. the late Honorable Morton was a member of our bridge group for many years and brought smiles and laughter to us all: Grace Pickens, Nellie Nichols, Terri Ann Langston, Janet Alexander Davis, John Frye, Don Washington, Carlis Sutton, Sue Aron, September 22, 2018.