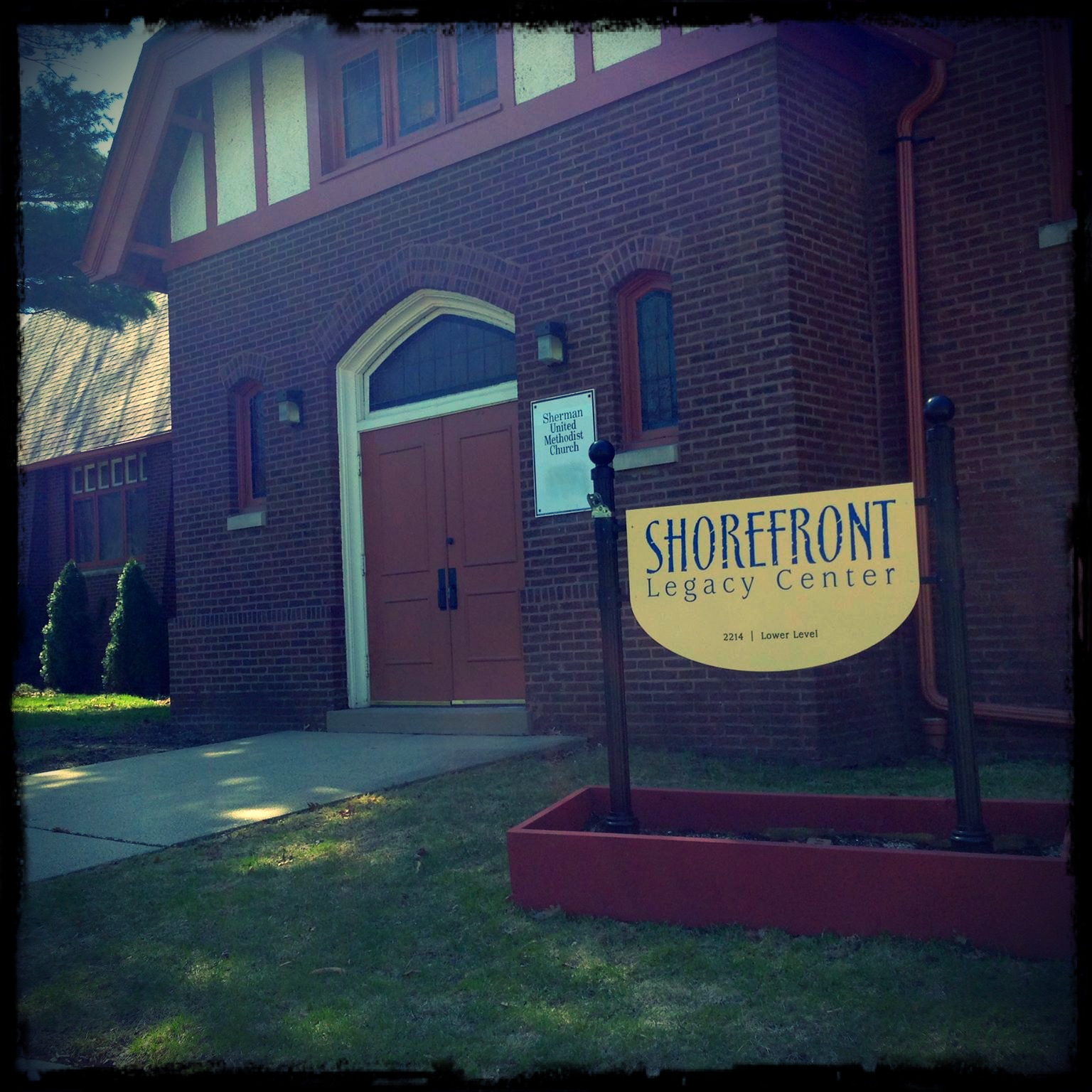 One year ago, the Shorefront Legacy Center relocated from the historic former Foster School to the lower level of Sherman United Methodist Church. The Church is home to the first and only historically African American Methodist church—and named after an Evanston resident, Lula B. Sherman who hosted the congregation in her home during the early establishment in the 1930s. 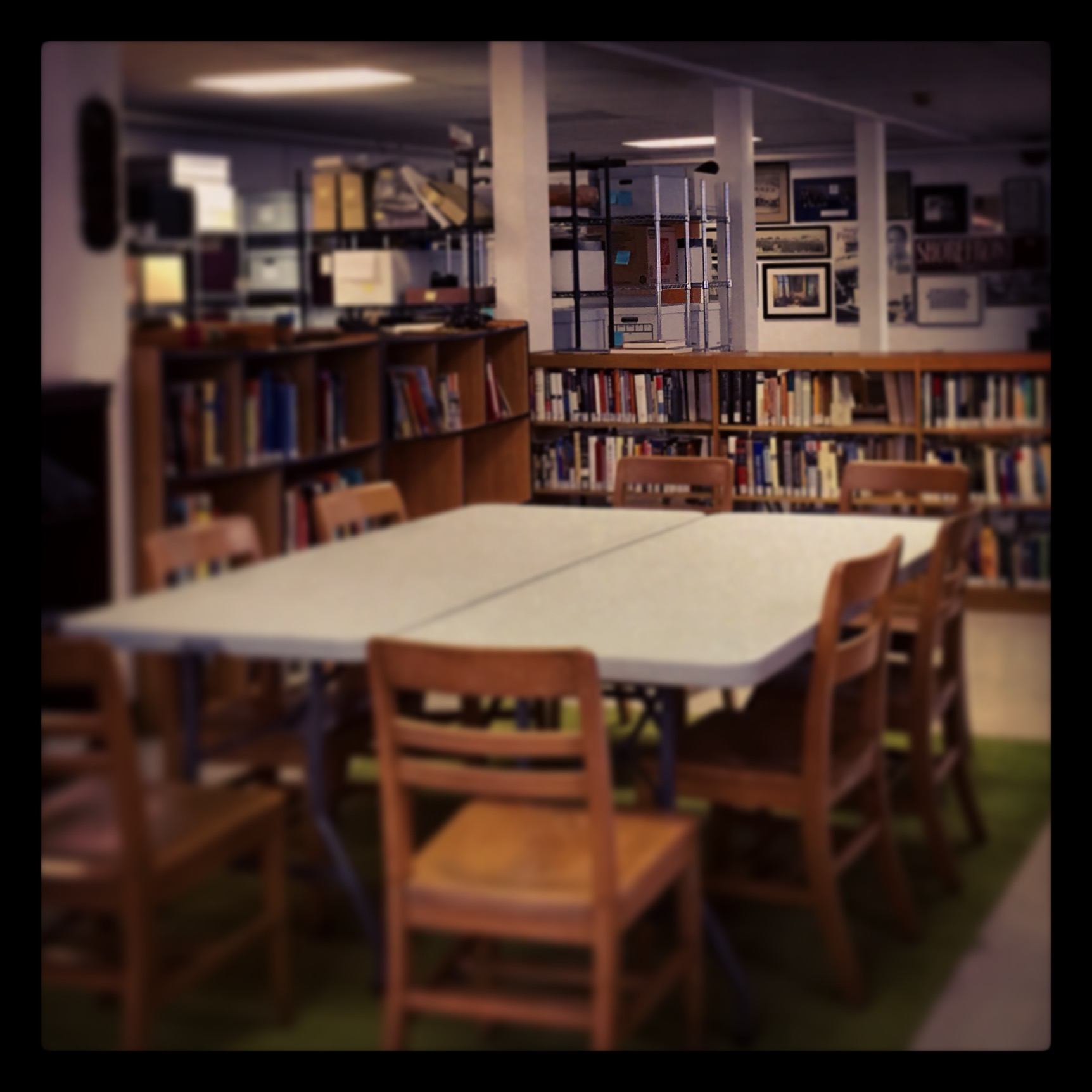 Since our move, Shorefront focused its first years in growing the archives. The result of our yearlong effort increased the archives by nearly 50% adding nearly 100 linear feet to the permanent collection. Items include documents from both families and institutions. In addition, Shorefront’s outreach and commitment to creating a permanent collection honoring the history of Blacks on Chicago’s suburban North Shore caught the attention of the Schomburg Center for Research in Black Culture located in Harlem, New York, one of the nations oldest repositories of Black History in the country.

Shorefront founder, Dino Robinson, was a presenter and part of a panel discussion at the Shomburg Center this past October. Entitled “The State of Black Research Collections: Collaborating to Shape the Future of Collecting the Past”, the conference attracted over 100 archivists, librarians and research center directors to discuss this important topic. Dino was one of three presenters on the subject “Come out, Come out, Wherever You Are: Collaborating to Document Black Communities”.

Items ready for processing include the files of Bennett Johnson, Jr., former president of the Evanston Chapter NAACP and editor of the Evanston Sentinel newspaper; Files from Vivian and Lemmon McMillan that includes papers on the founding of Both the North Shore chapters of the Links Inc., and Delta Alpha Boulé and with it, over 100 VHS tapes (and similar media) of gala’s and activities of both organizations dating back to 1982. 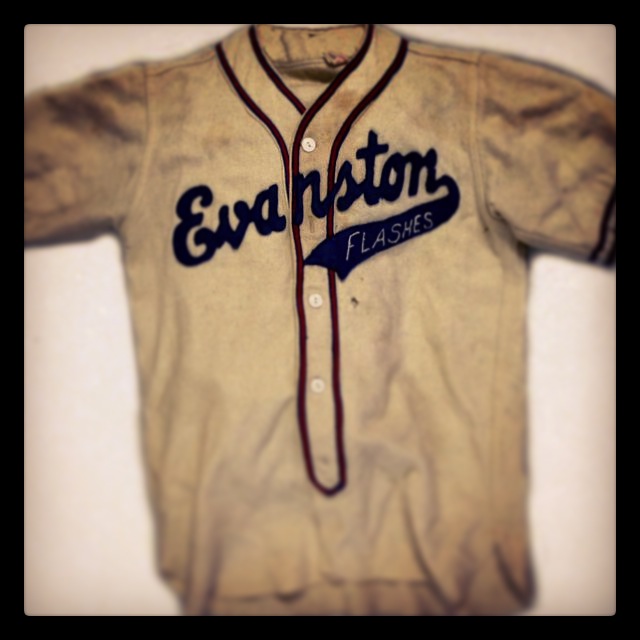 Also included was a gift from Kris Graves about his mother, Rachel Graves, that included a scrapbook from Fisk University (c1930s) as well as photos from Great Lakes Naval station and information on the 20th Century Golf Club. From Gene Bell, came a 1940s Flashers Baseball uniform of which Mr. Bell was a part of. 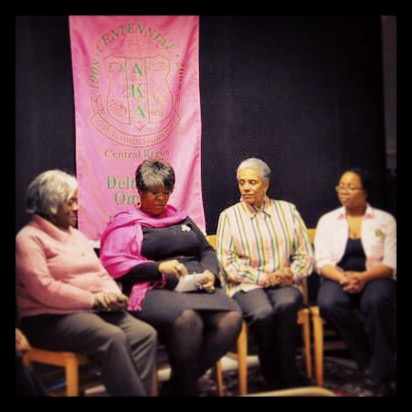 With the Alpha Kappa Alpha, Delta Chi Omega Chapter donation, an open house event brought members and the district president to the Shorefront Legacy Center. The evening included a presentation of the documents, history of the chapter and interviewing several current chapter members on video.

The McMillan family donated papers and video of Vivian and Lemmon McMillan. Originally from Texas, The McMillan’s relocated to Evanston in the late 1960s and have been active in North Shore activities. 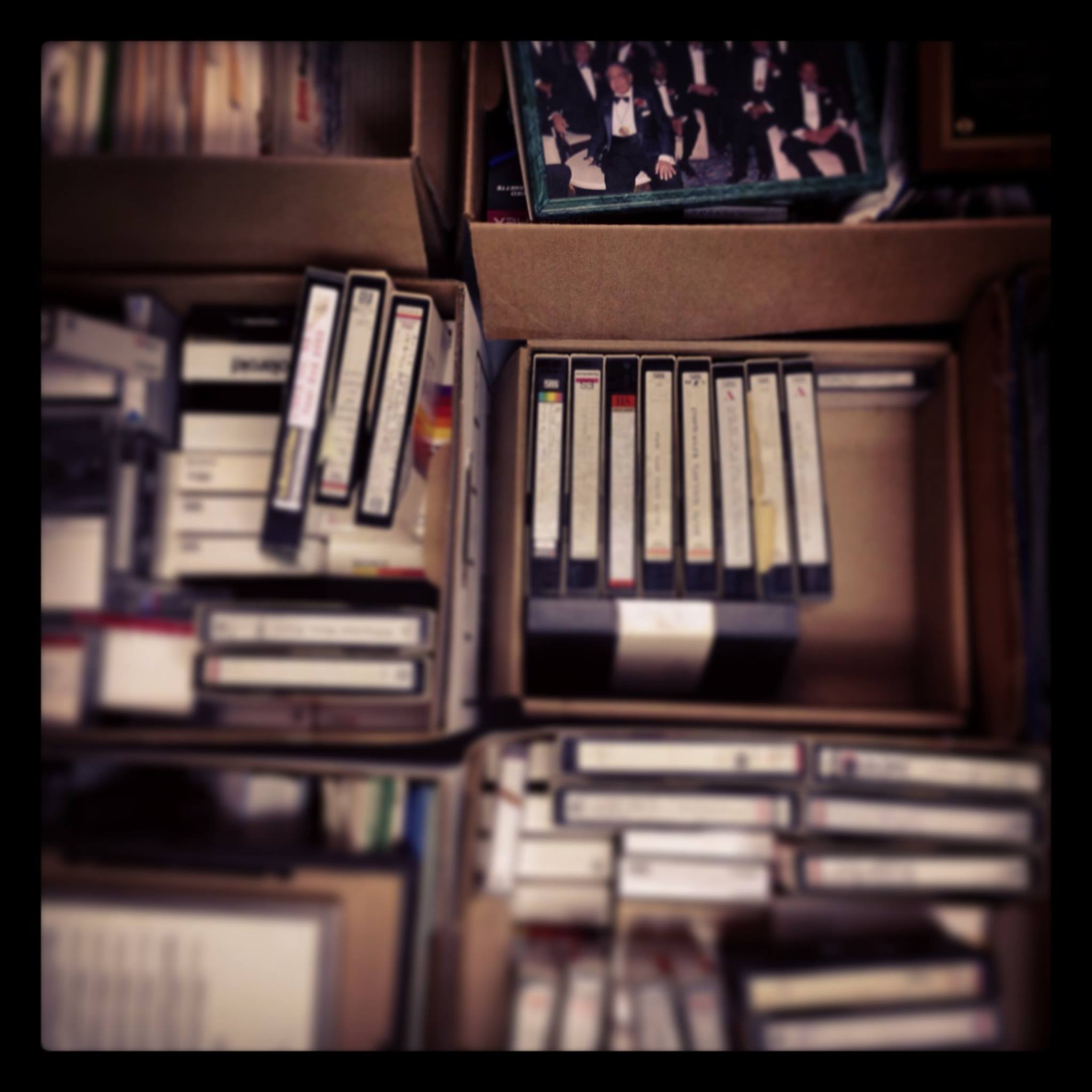 These and other donations to the archives go through a process for later preservation. Upon intake, Shorefront volunteers pre-process and organize, access a plan of action and formally process the collations. Depending on size, we process collections within 12 months. Shorefront is fortunate to have had several processors through the Black Metropolis Research Consortium (BMRC) and from Dominican University. 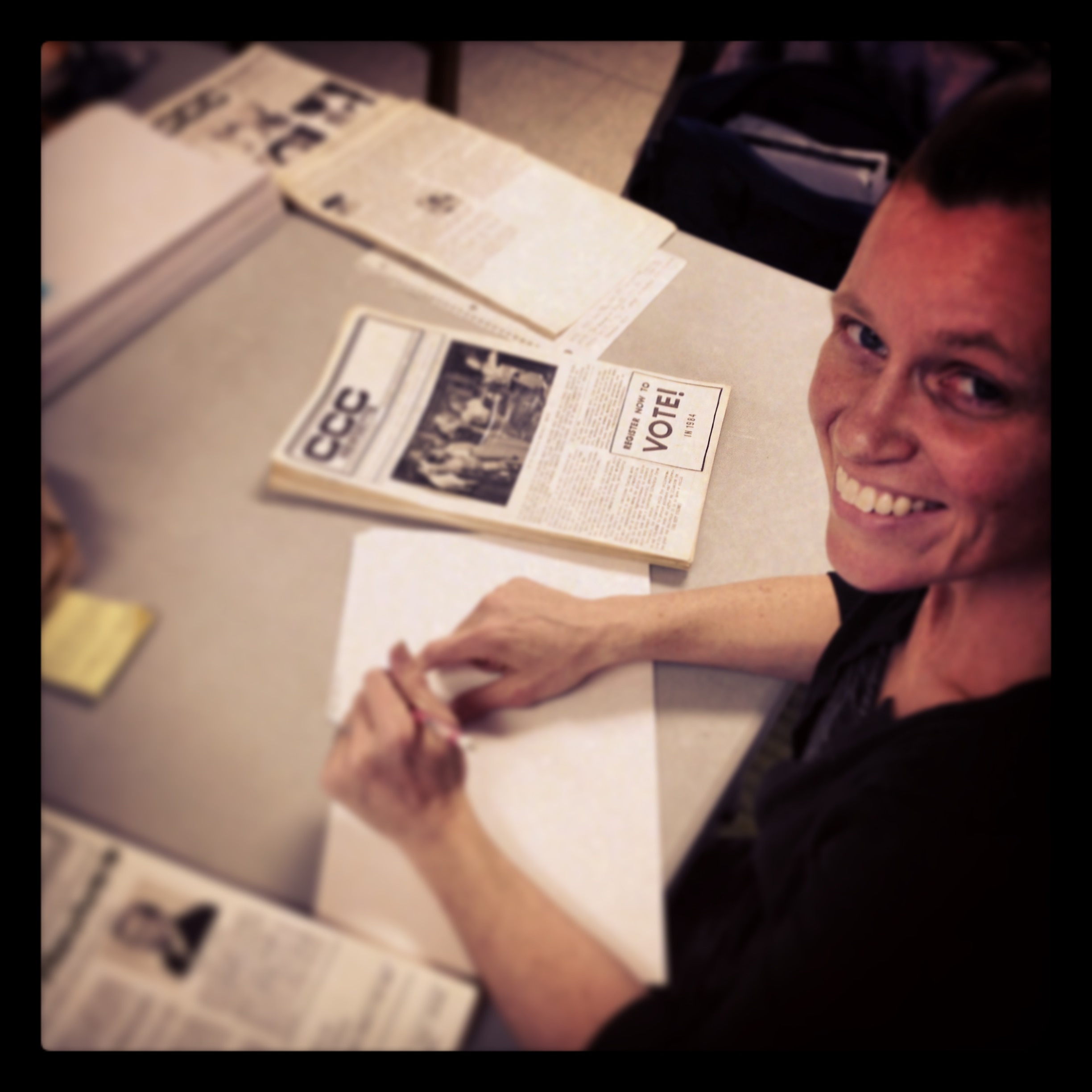 Past processors included Patrick Carr, Dustin Wistman, Angelique Schuler, Cassandra Harlan and Elizabeth Sanderson – all of whom have continued their work with Shorefront outside of the classroom and the BMRC for multiple years. Finding aids can be found either on the Shorefront Website or on the BMRC website. Other volunteers included students from E.T.H.S., St. Scholastica, Oakton Community College, and Lake Forest College.

Lastly, Shorefront redesigned its main website with the help of Tisha Littlejohn Creative Solutions. The site features an Instagram feed on the home page, calendar of events, downloadable finding aids, links to purchasing our books and DVDs, and information about the center and its board.

Shorefront is a 501(c)(3) nonprofit historical organization dedicated to collecting, preserving and educating people about Black history on Chicago’s suburban North Shore. It is supported by grants, contributions and membership and the Legacy Center is open for public research.

One thought on “Shorefront Update #007”