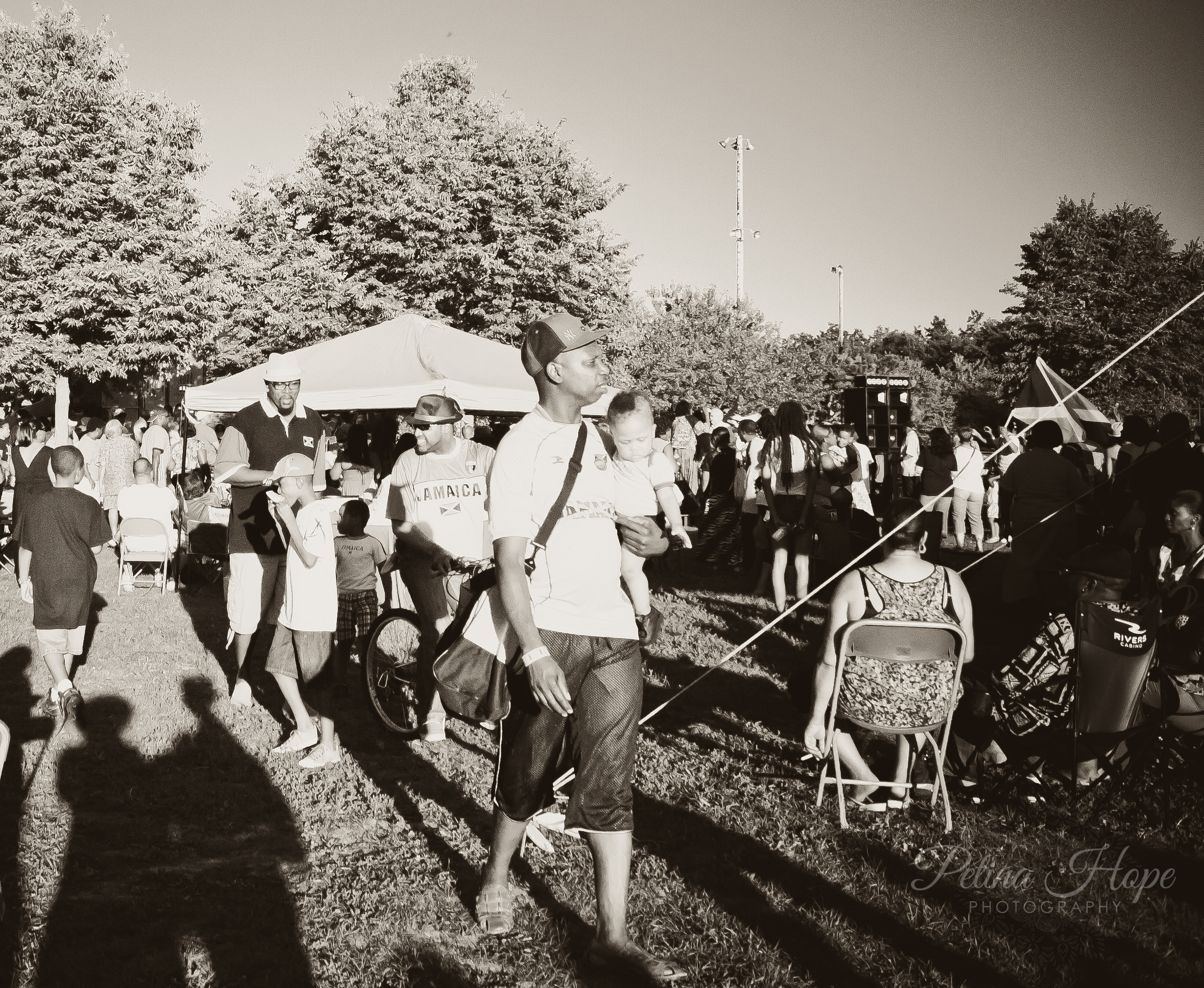 Sunday, August 5th, 2012 was a bright sunny afternoon in Evanston’s James Park. . . perfect temperature, light breeze, reggae music filling the air. Happy children run and play, older men play dominoes, food, fellowship and festivity in a sea of black, green and gold. . . the celebration of Jamaica’s 50th anniversary of independence in the heart of the midwest.

Evanston’s 2012 Jamaican Independence Festival was sponsored by the Evanston Cricket Club with support from members of the community. And by all indications, it was a true success. The Cricket Club counted more than 1,000 visitors pouring through the park throughout the event, which ended after 9:00pm.

“It’s about bringing all the people together,” said Mildred Louis, President of the Evanston Cricket Club. “Other [ECC events] have been good but this was the largest, because it was the 50th year of Jamaican independence. So all the people around Evanston- Jamaicans and others— came to celebrate. It was just a great day with everybody out there enjoying themselves, and it was peaceful.”

We celebrate to remind ourselves and the world that Jamaican culture is important to world culture.

The afternoon’s program included entertainment by local reggae DJs and live music including gospel singers from an Evanston church, as well as soccer and dominoes tournaments. The day started off with a win for the Evanston Cricket Club in a match against the Illinois Cricket Club.

“The Jamaican Independence Celebration was like a reunion— to see all Jamaicans from different walks of life, church, school, cricket, soccer communities gathering in the park to celebrate Jamaica was really wonderful,” said Christine Brown, a Jamaican-born Evanstonian and founder of multicultural organization Unieros. “I saw people I hadn’t seen in a long time. People I went to school with and church and various activities made it very special.”

Jamaicans and Jamaican-Americans throughout the diaspora used the historic anniversary as an opportunity to share and celebrate the island’s history and culture.

“It is important to celebrate Jamaica because we are small in numbers but big in influence,” said Brown. “We celebrate to remind ourselves and the world that Jamaican culture is important to world culture. By celebrating we keep this alive for years to come.”

The festive mood of the day was amplified by an Olympic 100 meter gold medal run by Jamaican sprinter Usain Bolt earlier that afternoon in London.

“Independence and freedom is a beautiful thing,” said Brown. “Jamaica’s 50th [anniversary of independence] was paramount reason to celebrate. Jamaica has given the world reggae, and the world’s fastest man and fastest woman. Celebrating this at a time when world is also celebrating Jamaica at the London Olympics was icing on cake.”

“[Bolt’s race] was the highlight of the day,” said Louis. “People said they felt like they were celebrating in Jamaica. . . like it was a home away from home.”